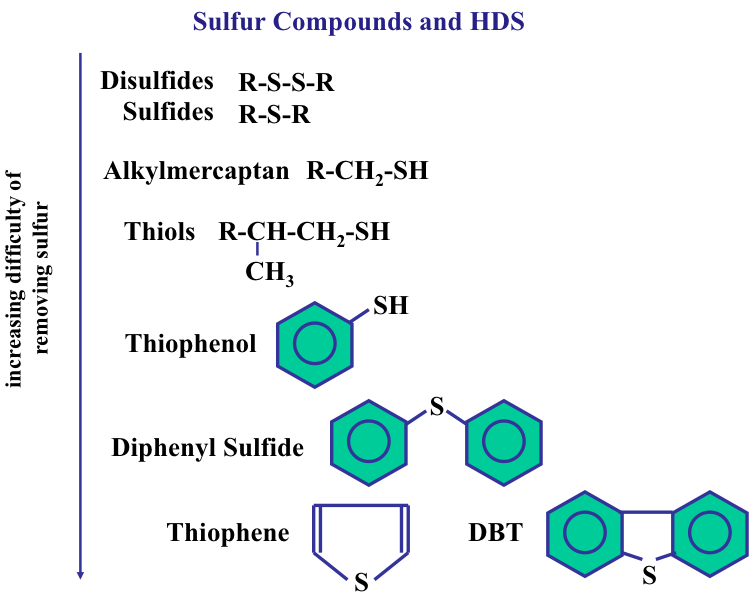 The poor quality of crude oil currently can obviously result in the high sulfur contents of oil products, which can lead to corrosion, catalyst poisoning, environmental pollution and other negative consequences. The treatment of high-sulfur crude oil is becoming the focus of research in China’s oil refining industry. The conventional equipment cannot deal with the high-sulfur crude oil during petroleum refining processes.

Caustic washing method is mainly aimed at removing the sulfides from the crude oil by using the caustic solution. At present, this method is widely used in the oil industry. The advantage of this method is that the process is simple and the cost is lower. But this method contains many defects such as the poor quality of oil products and lower efficiency of desulfurization. However, this method can’t remove all sulfur compounds from the crude oil, especially the organic sulfides. At the same time, it brings too much sulfide-containing wastewater, which greatly pollutes the environment. So, it is urgent to improve this method or find a better way to reduce the sulfur contents in petroleum products.

According to the report, the first equipment in China for treating heavy crude oil through dry gas desulfurization method has been used in the No.3 joint oil gathering station at Tahe Oilfield of the Northwest Oilfield Branch Company. The cost of this equipment is about 500 million RMB, and it is the first time in China to use this dry gas treatment method at the crude oil desulfurization system in reality.

Hydrodesulfurization is one of the catalytic desulfurization processes, which aims at turning organic sulfur compounds into H2S using H2 as the reactant in the presence of metal catalysts operating at high temperature and pressure. The resultant hydrogen sulfide is then removed from the system. This method is widely used in oil industry in China since 1955. However, the HDS process features a complicated procedure, high production cost and high materials consumption. With an increasing ratio of heavy crude oil supply to the oil refinery, the sulfur content in crude slate is growing, which leads to a shortened catalyst life at the refinery. Furthermore, the HDS process needs more H2, so the production cost will increase a lot.

BDS is a new bio-catalytic desulfurization method, which has been applied since the 1980s. According to the principle of enzyme catalysis for implementing the specific reaction for C—S bonds cleavage performed by micro biological flora, sulfides in crude oil can be turned into elemental sulfur that can be removed. In the process of desulfurization, the sulfur containing pollutants are transformed into sulfides and H2S by biological reduction, and the elemental sulfur can be removed via the process of biological oxidation.

Merox sweetening processes are reserved for heavier hydrocarbons such as kerosene, aviation fuels, and diesel. These fuels contain longer-chain mercaptans which are not soluble in caustic. They require the conversion of mercaptans to disulfides in a single fixed-bed reactor in the presences of oxygen, caustic, and Merox catalyst.

A caustic pre-wash is used for sulfur removal. After prewash, both air and caustic are injected into the feedstock directly ahead of the fixed bed reactor. As the mixture enters the reactor it is exposed to activated charcoal containing the Merox catalyst. The charcoal serves to extend catalyst life by absorbing phenols, naphthenic acids and other contaminants which may harm the catalyst.

The Feedstock mixture with entrained caustic and air trickles through the fixed bed where exposure to the catalyst directly converts the mercaptans to disulfides. It should be noted that these disulfides are soluble in the hydrocarbon fuel but not soluble in caustic. They remain with the fuel throughout the sweetening process and will be removed in downstream processing if deemed necessary.