Hydrotreating is known as a fundamental refinery process to decrease the amount of Sulphur, Nitrogen, saturate olefins and aromatics, and to produce a clean product for further processing or finished product sales. On the other hand, Hydrotreating eliminates impurities by the usage of hydrogen which is to bind with S and N.

Injection the hydrogen at the same time of Hydrotreating happening increase the efficiency of the process. It was obtained during the time that usage of ᵞ-alumina instead of bauxite as the basis of catalyst make the growth in efficiency of the process catalyst. Now, considering hydrocarbon cutting target for treatment, different catalysts based on 2 active group of material (Co/ Mo and Ni/ Mo) on the basis of ᵞ-alumina are used.

Naphtha Hydrotreating: An essential step to produce cleaner gasoline, desulfurization, and denitrogenization from naphtha that is typically food to catalytic reforming and isomerization units for octan number growth and as a result, this material can be blended into gasoline. Crude-oil distillation, a thermal process (delayed coking and visbreaking) makes the feed of this unit.

Hydrotreating reactions are exothermic and cooling is essential to avoid catalyst damage.

To extinguish dehydrogenation & coking in the vapor phase in isomerization, H is used.


To turn low-value oils with high weight to more valuable gasoline and productions with lower weight is extremely used the most important process known as Fluidization Catalytic Cracking, kind of secondary unit operation, firstly used to produce extra gasoline in the refining process. Different from atmospheric and vacuum distillation, a physical process for separation, FCC is a chemical process with a catalyst usage for producing new molecules, which are smaller.

FCC unit’s feed is gas oil with high weight came from the crude units and vacuum gas oils came from the vacuum crude units. Heating the feed stream higher than 600°F and after that mixing them with freshly regenerated catalysts before entrance the main FCC reactor. The feature of being fluid the catalyst helps it to flow and move among the reactor and regenerator vessels. The reason of heat and catalyst presence is to break heavy gas oil molecules in smaller to produce gasoline, distillate, and other higher-value productions such as propane and butane.

FCC catalysts with the FCC design development is developed. the first catalyst for cracking of C-C bonds was the acid catalysts aluminum chloride. but now a day, zeolites is the best catalyst because it has all the catalysts features which we need like activity, stability, selectivity, correct pore size, resistance to fouling, and low cost.

Catalytic dehydrogenation or in peroxidation process together with propene oxide produce a very important monomer, with extremely usage, in a high energy needs, low equilibrium conversions, absence in product flexibility and high costs process named Styrene monomer, this benzene derivative, an oily liquid that evaporates simply, with sweet smell, and without color, can turn to polystyrene and other copolymers.

Ethyl benzene produces all the styrene so the process of producing styrene is always attendant with the process to produce ethyl benzene which is the reaction between benzene alkylation and ethene in a high selectivity process. Many attempts are trying to improve the catalyst of catalytic dehydrogenation reaction of ethyl benzene to styrene which was potassium and developed to iron oxide catalysts.

SM has very usage in the resin, plastic, and latices/emulsion polymer production by both batch and continuous mass polymerization; by solution, suspension, and emulsion processes; and by various modifications and combinations of these techniques.


Ethyl benzene is the colorless liquid with an aromatic gasoline-like smell. Less dense than water which is not soluble in water, carbon tetrachloride in the contrast it is soluble in benzene, acetone, and ethanol. This product can be isolated from natural sources like petroleum and coal tar but its manufacture by the reaction of ethylene and benzene.

Highly flammable and heavier than air in the gas form. Since it is a stable hydrocarbon with unreactive nature, it is used as the solvent in paint, adhesive, and many others. In the other hand, it is mainly used as the starting material for styrene synthesis by catalytic dehydrogenation.

The octan rating in gasoline will raise and engine knocking would decrease by adding it to the gasoline. Easily absorbed by the skin and may cause irritation in eye contacts in dense environments. It may cause carcinogenic effects on long-term inhalation. Acetophenone, diethylbenzene, and ethylanthraquinone are also prepared by ethyl benzene.


The natural gas in primary reforming step is reformed with steam in furnace tubes packed and in this step, Ni is the catalyst.

Haldor Topsoe and Uhde usually apply normal two-stage reforming which is primary tubular reforming followed by air-blown and secondary reformer and both of them use the usual magnetite catalysts for ammonia synthesis, and the last three use processes based on ruthenium catalyst.

related to the kind of fossil fuel, 2 distinct ways are used for producing the hydrogen for ammonia production reaction: steam reforming or partial oxidation.

NH2CONH2 which is the chemical formula of urea and created from ammonia in liquid form and CO2 gas in a quick exothermic reaction.

To turn hydrocarbons with high molecular weight fractions came from vacuum distillation into a more useful product mixture, Catalytic cracking is used in which a chemical breakdown under 450 – 500°C temperature and controlled pressure with catalyst happens for primary substance.

To break residue from vacuum distillation by heat, the production of it used as distillate fuels and petrol is named Thermal cracking.

Catalytic cracking with hydrogen existence is named Hydrocracking which grows the petrol parts efficiency, used in light distillate productions, and removes impurities like N and S by combined them with hydrogen so known as a treating process.

Crystalline silica-alumina base with special earth metals deposited in the network: Platinum, Palladium, Tungsten and Nickel and rare earth metal usually is a mixture of Lanthanum, Cerium and other minor amounts, and cracking increased by acid function.

The formulation of the hydrocracking catalyst and situation of the process like temperature, pressure, and catalyst quantity are selected for receiving the productions which are the goal.


Substance chemical reaction with H2 in the presence of a catalyst is named hydrogenation. Hydrogenation and dehydrogenation, both catalytic methods, depend on oxidation-reduction reactions.

In the process of convert crude oil into refined fuel like gasoline and diesel and to remove pollutions like sulphur, from these fuels, hydrogen has wide usage. The entire amount of hydrogen usage in oil refineries is nearly 12.4 billion standard cubic feet per day, equal to 100-200 standard cubic feet per barrel of oil processed average hydrogen usage. Large-scale hydrogen plants, generated hydrogen from NATURAL gas or other hydrocarbon fuels with the balance being recovered from hydrogen-containing streams generated in the refinery process, supply nearly 75% of hydrogen currently used globally by oil refineries.

The major difference among SUPER CLAUS and Claus Catalyst is about the reaction which The Claus process is an equilibrium process. A repeatedly non-cyclic processes in the operation is super clause. The catalysts of the Claus process is Alumina or bauxite, and because of equilibrium based reaction, it is impossible that a Claus plant converts all the entering sulfur compounds to sulfur.

The simplest epoxide compound known as ethylene oxide or oxiran is heavier than air in gas form and less dense than water in liquid form. This colorless gas may polymerize by heating or in high density. There is the possibility of exposure in a container when it contaminated can be solved by adding nitrogen.

Its boiling point is 11c and the flash point is -20c. The vital use of ethylene oxide as the raw material can be exampled in manufacturing polysorbate and polyethylene glycol(PEG). Besides its wide application, this compound is one of most toxic compounds which cause irritation in short terms and a wide range of cancer in long terms as a carcinogenic compound are also because of its high reactivity.

It is soluble in hydrophobic and hydrophilic solvents although it is not in carbon tetrachloride and water. It has sweet, ether-like odor and its polymerization reaction are mostly exclusive, like the reaction with ammonia. The fumigant, sterilant application along with its use in polyurethane, adhesives, solvents and antifreeze industry makes it one of the most valuable starting materials.

Glycol ethers, ethanol amines, surfactant, polyesters, are the other examples of ethylene oxide application. It manufactured by direct oxidation of ethylene, ethylene chlorohydrine deshyrdochloridation and ethylene reaction with hypochlorous acid. 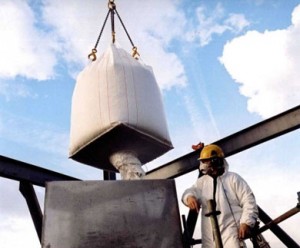 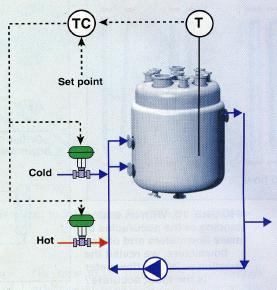 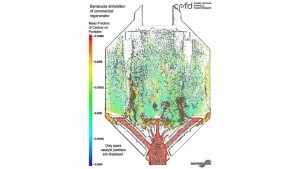 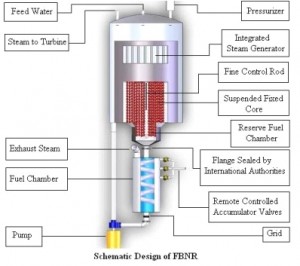 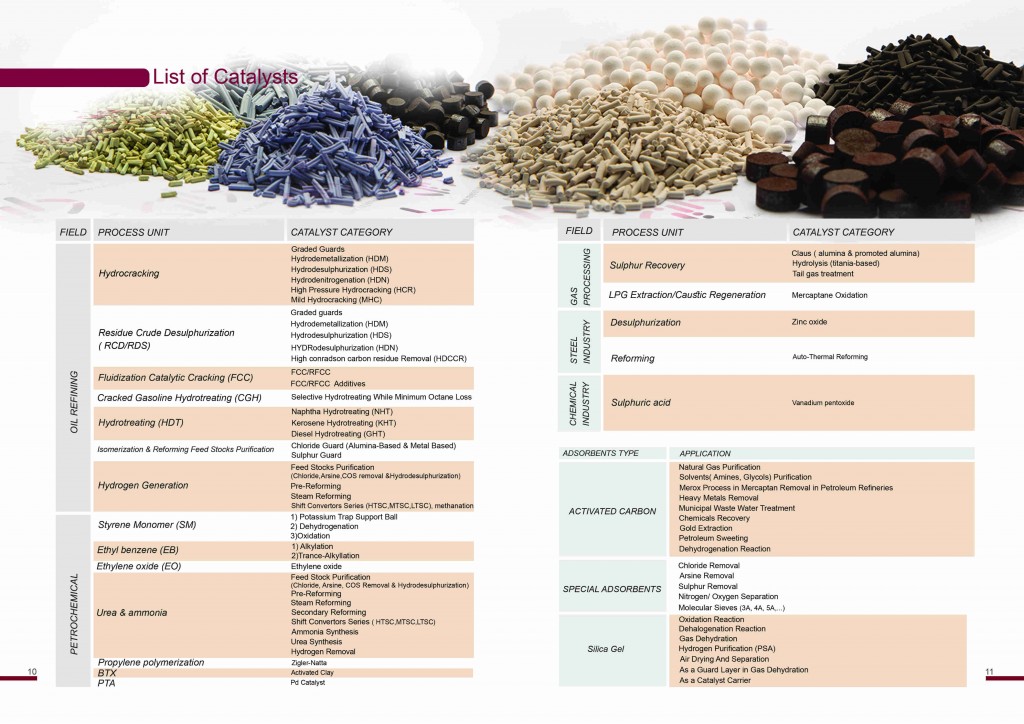