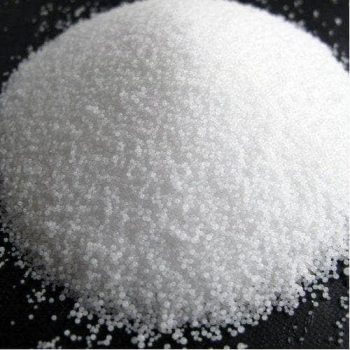 Soda ash is the commercial name of sodium carbonate, with the chemical formula Na2CO3, is a multi-purpose chemical with different applications in different industrial sectors. As is clear from its chemical formula, its soda ash is the sodium salt of carbonic acid and is normally a white solid. Until the middle of the 19th century, this chemical was mainly extracted from plant ashes, and in 1791, the French chemist Nicolas Lebance prepared this substance in its present form. Figure (1) shows the structural formula of soda ash. Figure (1): The structural formula of its soda ash

The raw materials required for the production of sodium carbonate by the Solvay method are limestone, common salt and ammonia, which are produced according to the reactions below sodium carbonate.

The sodium carbonate produced is divided into two categories in terms of specifications:

About 45% of the soda ash produced in the world is used in the glass industry. The use of alkalis such as Na2CO3 in glassmaking reduces the glass formation temperature from 1700 to 1500-1450 ° C, which leads to a reduction in energy consumption in this industry. Other uses for soda ash include: