History of oil exploration in Iran 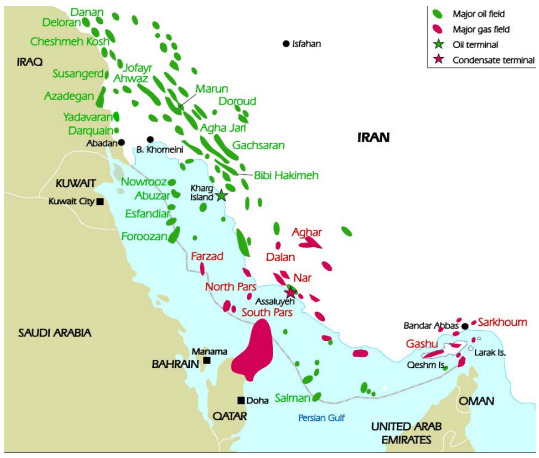 History of oil exploration in Iran

The year 1287 is considered the beginning of a new chapter in the political and economic life of Iran. In this year, the drilling rig located in the well number one of Masjed Soleiman, in the Naftoon region, reached oil. This major discovery, the first oil discovery in the Middle East, marks the beginning of the history of the oil industry over the past century.

William Knoxy Darcy was the first person in Iran to explore for oil and drill wells with modern methods and mechanical drilling rigs. He first sent a technical team headed by Geologist Berls of Iran. After geological surveys, the group provided a satisfactory report, finding the possibility of oil near Qasr Shirin and Shushtar high and promising elsewhere. After receiving this report, Darcy sent a representative named Marriott to Iran in 1901.

Drilling of the first well began in a place called Red Well, northwest of Qasr Shirin. Drilling was slow due to lack of roads and insecurity, until in the summer of 1903 gas and a small amount of oil reached a depth of 507 meters. The second well reached oil at the same depth in the same area. The efficiency of this well was about 175 barrels per day.

In the first half of 1908, the company ordered a halt to operations, but Dinolds, an engineer in charge of operations, refused to carry out the shutdown for several days due to information obtained at the scene and continued drilling. Finally, in the same year, they reached oil at a depth of 360 meters, the second well in this area reached a depth of 307 meters, and with the arrival of oil from these two wells, the existence of oil in Iran was proven in large quantities. The first holder of Middle Eastern oil reserves was considered.

After the discovery of oil in Iran in 1909, the Anglo-Persian Oil Company was formed. From 1908 to 1928, all Iranian oil was extracted from the Masjed Soleyman oil field. However, due to studies conducted and proof of this claim that most of the geographical areas of Iran explorations continued. Following these discoveries, Haftkol oil field was discovered in 1928 and gradually Gachsaran oil field in 1930, Aghajari oil field in 1936 and Lali and kerosene oil fields in 1938.

In 1927, the Anglo-Iraqi Oil Company discovered an oil field called the “Oilfield” in Iraq. Half of this field is located in Iran, which is now called Shahr Oil. With the discovery of these seven oil fields, the field contracted by the former Iranian-British oil company became one of the most important oil regions in the world.

Exploration of oil in the Persian Gulf began in the late 1950s, during which the first oil field called Bahrgansar in 1960, followed by Doroud, Soroush, Salman, Esfandiar, Forouzan, Nowruz, Reshadat, North Pars, Hindijan and Resalat. Were discovered. Exploration and extraction affairs of the National Iranian Oil Company in 1347 discovered the huge Khangiran gas field and in 1981 discovered the Gonbadli gas field in the west and south of Sarakhs city, respectively. In the 1960s, oil exploration was relatively stagnant due to the Iran-Iraq War.

In recent years, the pace of exploration activities has gradually accelerated and more facilities have been allocated to this sector. One of the most important discoveries in recent years is the discovery of the South Pars gas field, which is the largest gas field discovered in the world. Figure (1) also shows the oil and gas fields of southern and southwestern Iran. Fig (1): Oil and gas fields in southern and southwestern Iran