Heat transfer salt, also known as molten salt is a solid salt. To melt the salt, it must be heated to a temperature between 500- and 1112-degrees Fahrenheit. These salts are solid if placed at a standard temperature and pressure. But rising temperatures can make them liquid. But if it is normally liquid, it is actually called ionic salt. Thermal salt is usually between 260 and 550 degrees Celsius.

Molten salts have the advantage of high temperature liquid phase (up to 600 or higher) with low vapor pressure. Molten salts can replace organic or synthetic oils in heat transfer applications, and also molten salts with their high operating temperature have significant benefits over oils, but they also have an undesirable property and high freezing temperatures of (120 to 220).

Although molten salts have different structures, they also come in a variety of forms. But in a general view, these compounds can be divided into the following two types:

Each will be described below.

The first group includes compounds such as alkali metal halides, which are mostly bonded by ionic forces. Due to melting, very few changes occur in these materials. The coordination number of ions usually drops from six in the crystal to about four in the melt, and the vast order in the crystal disappears, but the local order in which each cation is surrounded by anions, etc., still exists. Molten salts are all excellent electrolytes due to the large number of ions. They behave normally in terms of cryogenicity, and this is a useful tool for study. The number of ions in these systems can be determined just like the sulfuric acid system.

The second group includes compounds in which covalent bonding is important. These compounds usually melt to form separate molecules, although ionization itself may occur. This group is similar to proton-free halide solvents. It is possible to prepare acidic solutions by increasing the concentration and base solutions by increasing the concentration, and neutral reactions occur by mixing the two.

In fact, salt is widely used as both a food and an industrial substance. But molten salt is used for special purposes due to its special structure. Sometimes rock salt is used to treat the disease. In fact, all the elements in nature each have their own function. Salt is essential for survival. But consuming too much of it is very harmful. As a result, it can be said that this substance was consumed in moderation. Molten salts have different applications in different industries, including the following:

Use of heat transfer salts in solar power plants

As mentioned in the previous section, various molten salts such as fluoride, chloride and nitrate salts are used as heat transfer fluids to store heat. This heat storage can be used in solar thermal power plants. Energy storage in molten salt is already commercially available to concentrate solar power in power plants, allowing solar power to be generated on demand.

Use of heat transfer salts in heating systems

There are three main types of molten salt heating systems:

Salt baths, sometimes referred to as molten salts, are a family of products used for the following processes:

Figure 1 shows a diagram of the process of salt bath systems. 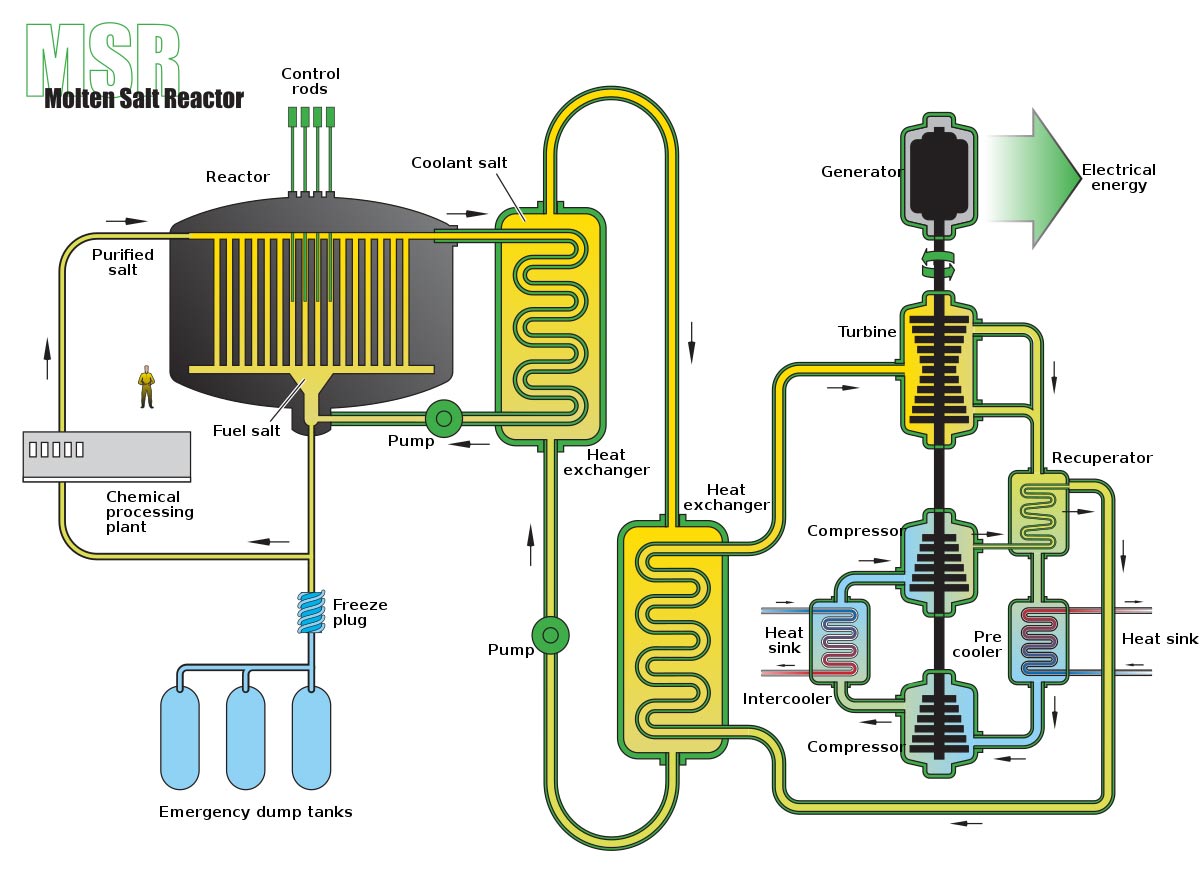 Fig (1) is a diagram of the process of salt bath systems.

Molten salt circulation systems are used to distribute liquid salt as a thermal medium for heat exchangers or other heat consumers. These systems can have challenges that include:

When energy is needed, the salt begins to circulate. Most systems keep the salt above its freezing point to prevent re-thawing, but when starting or restarting, the cold salt in the tank melts again. The molten salt is then circulated through a closed chamber system using a special circulating pump. The liquid is transferred from the hot salt tank to the electric gas heating system and transferred to the heating consumer and again to the salt tank.

This system is generally designed in such a way that if the circulating pump is turned off, the molten salt returns to the tank. This system is different from other closed systems due to the freezing point of the salt. This system must be designed using a molten salt tank and the salt tank must be below the flow line so that the molten salt can return to the tank when the pump is turned off. This system must be designed to prevent freezing or heat shock to the salt in the circulation tubes. Molten salt is stored in this system at a temperature of 565 °C at normal atmospheric pressure. In this system, sensors are installed to measure and monitor the liquid level, pressure, temperature and flow rate.

Circulating molten salt systems can provide an integrated energy storage option for factories required for specific applications. This concept of energy storage is commonly used in solar power plants to store thermal energy to generate electricity at night or in cloudy weather.

Salt circulation pumps are installed on the tank with an electric element or heat pipe to keep the salt from melting. These tanks are also frequently heated and can be insulated with ceramic materials.

The salt bath heating system is a natural heat transfer without the use of a circulating pump. These systems are designed for high temperatures to provide the energy needed for a variety of applications. Salt bath ovens work by heating a container with a fire tube-style burner or electrical elements immersed in a container. The hot salt then heats an immersion coil and the coil tubes act as consumers.

In these systems, design considerations should be considered in such a way that loading and melting of solid salt can be done without any problems. A poor design can damage the bathroom at startup.

Salt baths are commonly used to regenerate gases for molecular screening. In general, these systems have the ability to design a simple indirect heating system with the ability to increase or decrease the temperature.

There is a very important safety point about working with molten salt, and that is that you should never pour it into a glass jar full of water to cool or return the substance to a solid state.