Energy resources in the world and Iran (2) 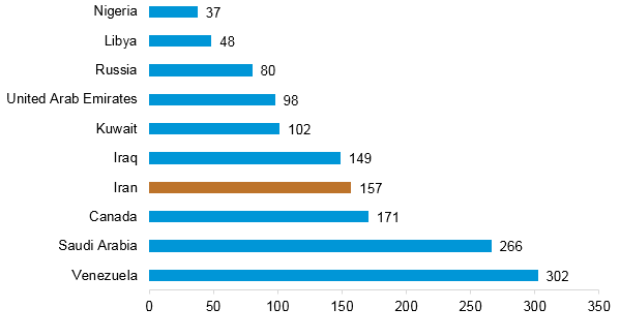 Energy resources in the world and Iran (2)

Iran, with its vast oil and gas resources as OPEC’s second largest oil producer, has maintained its role in world markets. With the exploration of oil in recent years, its volume in the years 1376 to 1381 alone was about 60 billion barrels of liquid hydrocarbons and with the implementation of capacity building programs in recent years has led to an increase in the country’s production capacity to about 2.4 million barrels. Proper use of the country’s oil resources, in order to increase their lifespan and future generations to enjoy these God-given reserves, requires proper management to exploit these resources. Notable points in reservoir management include:

The oil recovery coefficient for most of Iran’s hydrocarbon reservoirs is reported to be about 24%, which is much lower than the standard oil recovery coefficient in the world. Therefore, it can be said that in Iranian reservoirs, the amount of oil remaining in a hydrocarbon reservoir is much higher than the amount extracted from it. Therefore, if non-extracted oil is not extracted from reservoirs, we will face a sharp decline in production from oil reservoirs in the not too distant future. Figures (1) and (2) also compare the amount of oil and gas produced in Iran in comparison with other producing countries, respectively. 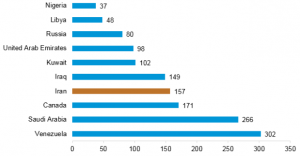 Figure (1): Comparison of Iran’s oil production compared to other countries Figure (2): Comparison of Iran’s gas production compared to other countries