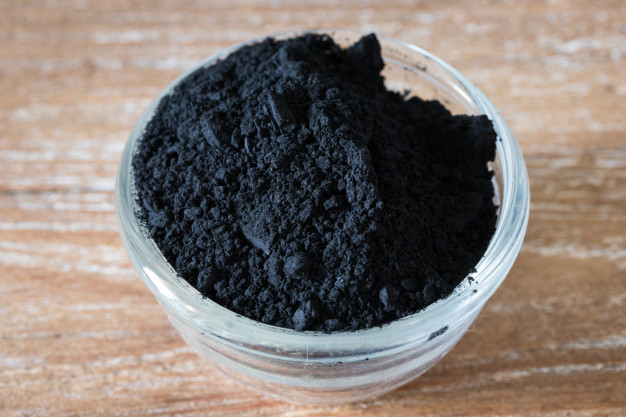 Adsorptionis understood as the accumulation of gaseous components, or solutes dissolved in liquids, on to the surface of solids. Adsorption is primarily a physical process, i.e. substances deposited on the solid do not undergo any chemical reaction with the adsorbent. The adsorbing solid is referred to as an adsorbent, and the substance to be adsorbed from the liquid or gas phase as an adsorbate.
If chemical substances (impregnating agents) are applied to an adsorbent, these agents may react with solutes in a process known as chemisorption, in which the deposited substances are chemically altered.

In adsorption, molecular attractions known as van der Waals forces play an active part. One important phenomenon involved in adsorption processes in the gas phase is capillary condensation, which triggers condensation of adsorbed vapours as deposits accumulate in the pores of the activated carbon. This effect, which takes place primarily in the micropores, results in much higher adsorbate deposits on the adsorbent than could be achieved through pure adsorption. The adsorptive properties of charcoal were first observed near the end of the 18th century. It was discovered that charcoal was capable of decolourizing certain liquids. This discovery led to the first industrial use of charcoal in an English sugar refinery in 1794. Modern activated carbon manufacturing technology dates back to the patent registered by R. v. Ostrejko in 1901. Today, activated carbon is used in a wide range of industrial applications, including gas and air cleaning involving traditional reusable substance recovery applications. Heightened environmental awareness and the enactment of strict emissions guidelines have led to the development of new applications, most notably in the area of air pollutant removal.

Activated carbon is also being used to an increasing extent in the treatment of water, including drinking water, groundwater, service water and waste water. Its primary role in this context is to adsorb dissolved organic impurities and to eliminate substances affecting odour, taste and colour in halogenized hydrocarbons and other organic pollutants. Yet another broad field of application for activated carbon is the treatment, purification and decolourization of liquids, which is of particular importance in the pharmaceuticals, food, beverage and other industries.

The selection of the most suitable type of activated carbon for a specific application depends on the physical and chemical properties of the substances to be adsorbed. Aside from this material data, other process related factors also play a role in the adsorption process.

Activated carbon is made from carbonaceous raw materials such as charcoal, peat, lignite, bituminous coal, fruit stones (e.g. olive pits), coconut shell, etc. These materials are activated using one of two distinct methods.
In the gas activation process, previously carbonized material is subjected to the oxidizing action of a stream of gas, such as steam, carbon dioxide, air or a mixture of these. Activation temperatures typically range from 700 to 1.100° C. In the resulting water-gas reaction:

The carbon is partially gasified, and a porous, highly activated carbon
skeleton is produced. In the chemical activationprocess, nonincinerated carbonaceous material is initially mixed with dehydrating or oxidizing chemicals and heated to between 400 and 800° C. The activation agent – zinc chloride, phosphoric acid, sulphuric acid, etc. which may be used – is leached out and recovered.
The activation process itself is carried out in rotary kilns, multiplehearth, shaft or fluidized bed furnaces or in fluid bed reactors. The most common product forms of activated carbon include: The manufacturing and activation processes and the basic raw material used have a determining influence on the adsorptive capacity of activated carbon products in use. The size of the inner surface area and the pore structure are particularly dependent on the activation process used.