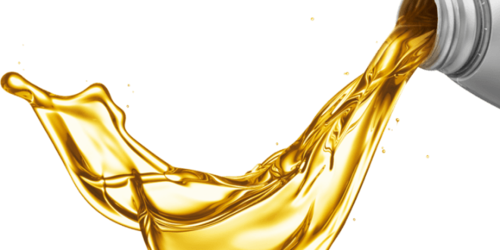 In 1852, oil-based oils were introduced. At first, these oils were not well received because they were not efficient enough to compete with many animal oils. But as demand for cars increased, so did the demand for better lubricants. Lubricant manufacturers have found which crude oil is more suitable for lubricants. They improved the natural properties of oil by refining it into thin sections of oil with different viscosities.

In 1920, most manufacturers began processing base oils to increase their efficiency, and the three most common processing methods at the time were:

Acid curing consisted of two steps. In the first stage of this process, using concentrated sulfuric acid, the undesirable substances in the oil, including unsaturated compounds and oxygenated compounds, were separated from the oil. At this stage, sulfuric acid reacts with these substances and precipitates them in the form of sludge in oil. Although this method effectively refined the oil, it was used less and less due to its environmental effects as well as its very high cost, and even today it is banned in many countries. In the next step, using dye soils, the residual acid in the oil is neutralized and the oil color is improved.

In the 1930s, refining with more suitable and recyclable solvents was introduced as a fully functional technology to improve the properties of base oils. Most oil producers in the world still use this method. Half of the base oils used in North America today are produced by this method. Solvents and equipment used to produce solvent-refined products have evolved over time, but the overall strategy of this technology has not changed much. In the next few decades, the quality of the oils obtained has largely improved with the addition of additives.

In 1950, multistage engine oils were first introduced that contained polymer additives that improved the viscosity index. In the following decades, the lubricant industry focused on additive technology to improve the efficiency of the final oil. Thus, improving the quality of lubricants was only due to the development of additives, and until a significant advancement in base oil technology was made, this method was the only strategy to improve the efficiency of lubricants.

Although the refining process of oil was first carried out in 1930 by the breakdown of heavy molecules by hydrogen, it was not used at that time because the solvent refining method was more economical. The technology was transferred from Germany to the United States after World War II, and in the late 1950s Chevron used the technology to produce fuel industrially. In 1960, the hydrofoaming method was first used by Amoku et al. To produce base oil.

In this method, at temperatures above 600 و and pressure above 500 PSI and in the presence of a catalyst, by adding hydrogen, the impurities are removed and the most active components in the oil are stabilized. As a result, the color of the base oil becomes clearer and its useful life is increased. In 1969, the first hydrocracker unit was commercially produced by Idmitsukuzan using golf-licensed technology to produce base oils.