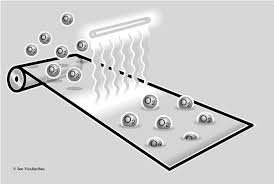 An oxygen scavenger is a material in which one or more reactive compounds can combine with oxygen to reduce or completely remove oxygen in fluids and enclosed packaging. It is also known as oxygen absorber, and many other terms are used in the market to describe the O2 scavenging function, which include:

The purpose of an oxygen scavenger is to limit the amount of oxygen available for deteriorative reactions that can lead to reduced functionality of many types of products, from pharmaceuticals to metals, to food:

In today’s food industry, modified atmosphere packaging is used to contrast the action of enzymes or microorganisms, which is activated by oxygen. Low levels of oxygen are maintained inside this kind of packaging by means of a hermetically sealed high gas-barrier structure that protects from external atmosphere. However, residual oxygen is inherent in packed environment, for example in the packaging headspace, in the air trapped within food, and in the air that can eventually permeate the barrier.

The fundamental function of an oxygen scavenger is to control and reduce the residual gas inside the packaging. Figure 2 shows the reaction between three kind oxygen scavenger and other chemicals to remove oxygen. Fig. (2) Reaction between three kind oxygen scavenger and other chemicals

Often the oxygen absorber is enclosed in a porous sachet that can be placed within the package. The first patent for an oxygen scavenger used an alkaline solution of pyrogallic acid in an air-tight vessel. More modern scavenger sachets used a mixture of iron powder and sodium chloride. However, consumers are not always in favor of having foreign objects inside their product package, this giving rise to esthetic issues and concerns about possible ingestion or rupture. Moreover, the performance of iron-based scavengers is affected by ambient temperature and relative humidity.

In alternative, oxygen-scavenging compounds can be incorporated directly into the packaging material itself. These materials include flexible films, rigid plastics, and liners in closures. The resulting packaging is an example of what is called active packaging, which is defined as a packaging structure that responds to changes in its surrounding environment.

Oxygen absorbers are a fundamental product for the preservation of food to reduce food wastage in developed nations and increased food security in the developing countries.

Figure 2 shows the reaction between three kind oxygen scavenger and other chemicals to remove oxygen.