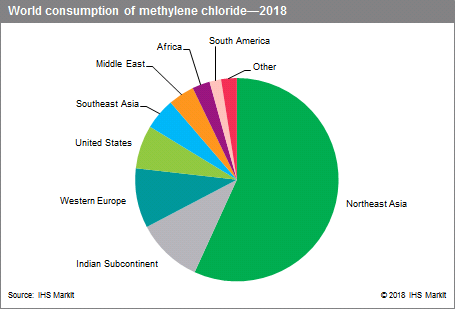 Methylene chloride was first formulated in 1839 by the French artistic chemist Victor Regna. Today, methylene chloride, also known as dichloromethane, is produced by the following reactions:

This substance has little toxicity among chlorohydrocarbons. Nevertheless, it is still not safe. There some application of methylene chloride: